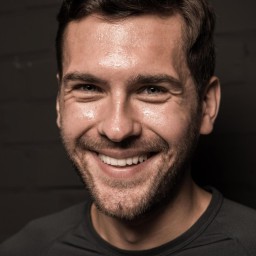 Don’t know anything about Rosland Capital? It can be overwhelming doing research online to learn about a company, so we’re going to take you by the hand and reveal the most important things you need to know.

By the end, you’ll know the advantages and disadvantages of using this company for precious metals investing. (You might be surprised by the conclusion).

26 BBB complaints in the last 3 years

Specialists in gold and silver

Mix of positive and negative reviews

Rosland Capital started in 2008. In terms of precious metals firms, they’re a little new on the market. However, they’ve shown they can hang with the veterans. A big part of this is Marin Aleksov, their owner and CEO, who’s worked with precious metals for some 20 years.

They’re based in Santa Monica, California, and have some prominent celebrity endorsements from G. Gordon Liddy, Bill O’Reilly, and company spokesman William Devane.

You may recognize this company from numerous commercials they’ve produced for television and radio programming.

What Do They Offer?

Rosland Capital’s business is based on gold's financial stability compared to paper assets, such as cash, bonds, and stocks.

When inflation occurs, the dollar suffers. However, gold has protection against inflation, meaning it’s advantageous during financially turbulent times to own gold.

With Rosland Capital and other similar companies, people can use precious metals like gold for IRA backing. That way, you can ensure their IRAs will retain high value when it comes to retirement.

There are many ways to purchase these metals through Rosland Capital, including coins, bars, and bullion.

A concern of ours with this company is the number of complaints leveled against them within the last 3 years, having about 26 negative reviews on BBB. All businesses will have some naysayers, of course, so this isn't necessarily an indication that you shouldn't consider them. However, they are pushing it when it comes to bad reception.

These are some of the biggest complaints.

They say it'll take about 14 business days to ship that their precious metals. They also claim competitor shipping time can be twice as long.

Is This Company A Scam?

Despite the complaints, Rosland Capital is not a scam. Some customers have worked with them that only have great things to say.

But in our opinion, when you are investing thousands of dollars (or more) with a company, you need to know that they are consistently proven to satisfy most of their customers, not just some of them.

This company may need to rethink some of its business strategies. Reviewers complain about being bothered by their representatives.

According to reviews, they also aren’t very mindful of sending the right items. Many people have gotten something completely different from what they signed up for. There’s also some deceptiveness in the item values. Products will be listed as having one value, but people will take them into other precious metal dealers who will value them far less.

This kind of blatant dishonesty is how a business loses its customers’ trust.

1. Delivery time - They do an excellent job of getting metals to customers in a timely fashion. You can get yours delivered in no more than ten days, often less.

2. Experienced Economist - They have a brilliant economist working for them. Jeffrey Nichols serves as a great advisor, one who helps both his business and his customers. If you read the company’s newsletter, you can sample some of his writing.

Nichols argues that between 10 and 15 percent of your assets should be in physical gold investments. Do you think you can manage that for your portfolio?

1. Dishonest agents - A serious charge against Rosland Capital is that their agents are dishonest. Apparently, they charge grossly inflated commission rates and use shady sales strategies. More than a few reviews are claiming this.

2. Lots of Complaints - They have received numerous complaints via trusted channels like the Business Consumer Alliance and the Better Business Bureau. This is a lot higher than what most companies receive.

There are complaints about dishonest marketing as well as overcharging for the metals.

3. Shared Storage Required - You can’t have your precious metals isolated when you use this company. They have to be in a shared storage space, mixed with various investors’ metals.

Segregated storage is common in the world of precious metals, so it makes little sense that Rosland Capital doesn’t try it themselves.

Even with all the complaints, the Better Business Bureau still gives Rosland Capital an A+ rating. They have 18 closed complaints so far. Most of the complaints have to do with service and/or product problems. Here's their BBB page.

The BCA gives Rosland Capital a AAA. While this is a good score, they still have five complaints against them. The biggest issue is them undervaluing a client’s assets. Here's their BCA review page

Rosland Capital customers have given it a three-point eight rating (out of five) on TrustLink.

There were gripes about them charging too much for coins. If you read the reviews, you’ll see a lot of people are arguing you shouldn’t work with them at all. Here's their Trust Link page.

Ripoff Report has six complaints against Rosland Capital. Lots of these say that this firm uses manipulative and dishonest methods to overcharge for coins. Here's their Rip Off Report Page.

Are There Better Alternatives Out There?

Multiple firms provide similar services as Rosland Capital but have many more reviews that are positive. The top-rated gold investment firm out there is Goldco, who has almost 1000+ 5 star reviews.

Goldco sells precious metals and helps with Gold IRAs. They’ve been around for more than ten years, and their reviews are consistently excellent. You can see this by browsing review sites. They make it really simple to sign up by visiting their website, which has all of the essential details laid out.

You can even get a free gold investing guide and speak to a specialist before you ever decide to do anything. This puts many people's mind's at ease. Watch this Goldco video below to learn more.

Rosland Capital can’t be legally classified as a scam. However, there’s a lot of behavior that qualifies as dishonest and deceptive according to customer reviews.

If you decide to work with them, you need to make sure you’ve done your research first. Other firms like Goldco can do what Rosland Capital does well, without any of their drawbacks. Just be mindful and perform your due diligence.

If you want to learn more about Goldco, you can read our in-depth review about them right here.